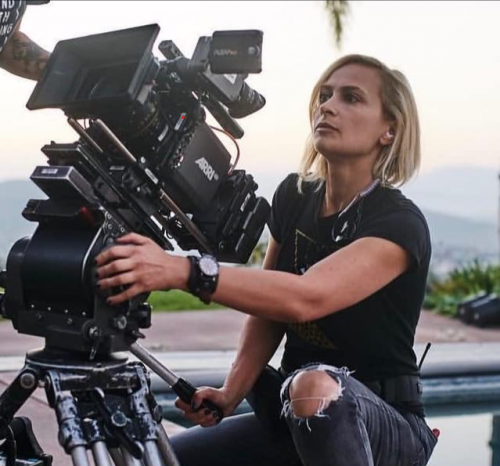 The incident occurred on the set of “Rust,” an independent feature that was filming at the Bonanza Creek Ranch, a popular production location south of Santa Fe.

Hutchins, 42, was transported by helicopter to University of New Mexico Hospital in Albuquerque, where she died. Souza, 48, was taken by ambulance to Christus St. Vincent Regional Medical Center in Santa Fe, where he received emergency treatment for his injuries, according to the Santa Fe County Sheriff’s office.

The Sheriff’s office said in a statement that Hutchins and Souza “were shot when a prop firearm was discharged by Alec Baldwin, 68, producer and actor.” The Santa Fe New Mexican reported that Baldwin was questioned by investigators, and was in tears.

No one was arrested in the incident, and no charges have been filed, the office said. Detectives were interviewing witnesses, and the incident remains under an “open and active” investigation, according to the Sheriff’s office.

Baldwin’s reps did not immediately respond to a request for comment.

Hutchins’ death was confirmed by the Sheriff’s office and by the International Cinematographers Guild, Local 600.

“We received the devastating news this evening, that one of our members, Halyna Hutchins, the Director of Photography on a production called ‘Rust’ in New Mexico died from injuries sustained on the set,” said John Lindley, the president of the guild, and Rebecca Rhine, the executive director, in a statement. “The details are unclear at this moment, but we are working to learn more, and we support a full investigation into this tragic event. This is a terrible loss, and we mourn the passing of a member of our Guild’s family.”

Frances Fisher, one of the stars of the film, tweeted on Thursday night that Souza had told her that he is out of the hospital.

Rust Movie Productions LLC, the production entity behind the film, issued a statement on Thursday night, saying that the cast and crew are “devastated” and that the company is cooperating fully with the investigation.

“The entire cast and crew has been absolutely devastated by today’s tragedy, and we send our deepest condolences to Halyna’s family and loved ones,” the company said. “We have halted production on the film for an undetermined period of time and are fully cooperating with the Santa Fe Police Department’s investigation. We will be providing counseling services to everyone connected to the film as we work to process this awful event.”

The Sheriff’s office received a 911 call reporting the incident at 1:50 p.m. Mountain Time. ABC News broadcast scanner audio, in which someone could be heard reporting that, “We have a person who was shot accidentally.”

The production company issued its initial statement on Thursday afternoon, saying, “There was an accident today on the New Mexico set of ‘Rust’ involving the misfire of a prop gun with blanks.”

However, the Sheriff’s office indicated that it was too soon to say what type of round was involved. The office also did not use the word “accident,” leaving that determination up to the investigators.

“The Sheriff’s office is referring to this incident as a shooting investigation,” Sheriff’s spokesman Juan Rios said. “That detail will be addressed by detectives as they work their case.”

The Sheriff’s office did say that the shooting occurred “during filming of a scene.”

“According to investigators it appears that the scene being filmed involved the use of a prop firearm when it was discharged,” the office said. “Detectives are investigating how and what type of projectile was discharged.”

Hutchins graduated from the American Film Institute in 2015, and had worked on several short films before shooting “Archenemy,” a 2020 feature starring Joe Manganiello. She was named a “rising star” by American Cinematographer in 2019.

“She’s a wonderful, positive, creative person that was so excited to be breaking through and making movies,” said Michael Pessah, a cinematographer who was a friend of Hutchins’. “She was really on the upswing.”

Lesli Linka Glatter, the president of the Directors Guild of America, expressed condolences on behalf of the guild.

“The DGA is incredibly saddened to hear of the tragic passing of cinematographer Halyna Hutchins, and the serious injuries sustained by DGA director Joel Souza in an on-set incident in New Mexico today,” she said. “We await further details and a full investigation. Our hearts go out to Halyna’s family, to Joel, and to everyone impacted.”

Souza is writing and directing the Western, which also stars Jensen Ackles, Brady Noon and Travis Fimmel. Albuquerque station KOB4’s news helicopter photographed the incident, showing an old church set blocked off, and reported that set security confirmed it is on lockdown. 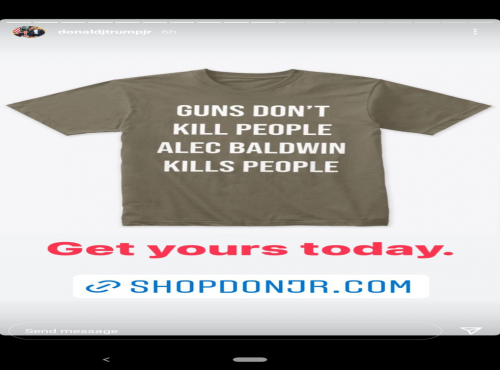