On this mission, Williams squared off against seven pilots from the Soviet Air Force, flying one of the most advanced jet fighters of the time, and walked away with three confirmed kills and one probable that was later confirmed. While Williams kept the incident under wraps at the behest of the Navy, there is now an effort underway to see him awarded the Medal of Honor for his actions that day. 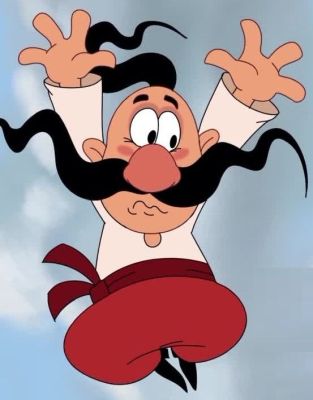 BUCK: And what did you think of Zelensky doing a Vogue cover shoot with his wife recently? Did you see some of the photos?

BUCK: Yeah, extensive, video, everything, still shots. It really… A lot of people said in the middle of a war it feels like a strange move.

PRESIDENT TRUMP: Well, I think he’d rather have the whole country. I mean, now that he started. I don’t think he ever intended to start. I think that was a great negotiation. He went, he put troops on the board, and I think it was a great negotiation. I said, “Well, he’s a good negotiator.” I never thought he was gonna go in. He would have never… He knew that he would have been under attack, and he understood that, and I told him that, and it would have never happened, and to see what’s happened now…

And you have hundreds of thousands of people — you may have millions of people, but you have hundreds — when you have buildings like that that are blown up, those are big apartment houses. I know a lot about apartment houses. Those are big buildings and a lot of people didn’t leave. And when you look at those buildings totally burned out, those people are all dead. You lost a lot of people. That’s a deal that could have been settled. Should have never happened. But if it was going to happen, it could have been settled. And he moved 200,000 troops to the border to negotiate, and he couldn’t make a deal — and now I’m not sure you can make a deal very easily. You understand that?